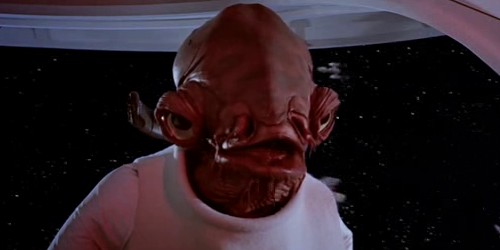 I’m more and more convinced that the GPL is just that – a trap. Richard Stallman, aka RMS, was visiting Iceland one year ago and I had the “pleasure” of listening to his talk at Fjölbrautaskólinn. While I agree with many, if not the majority, of his points, I also disagree fundamentally with a few others.

And after rethinking some of the statements he made, I’m not so much torn between the copyleft and non-copyleft side anymore – I am siding with non-copyleft (MIT, BSD and various other licenses).

Now, when the talk was over, I got the chance to ask a few questions and it clearly turned out that I was the bad guy in a room filled with RMS-fanboys. When I tried to ask why on one hand he wants to appeal to the goodwill of students (part of the “education must use Free Software”), but on the other hand the GPL relies on enforcing its terms the RMS/GPL-fanboys in my back were literally hissing “No it does not” while RMS was also insisting that it does not force you to do anything. Well, either that’s a bad case of delusion or it’s an outright lie. I suggested that they read the FAQ and the license, roughly quoting the part:

To protect your rights, we need to make restrictions that forbid anyone to deny you these rights or to ask you to surrender the rights.

Now, don’t get me wrong. RMS is a relatively sympathetic person and even if he wasn’t, he still would have a whole lot of charisma to try win you over. Sadly, he only seems to think in categories of black and white, one or zero, everything or nothing. Since my question already suggested that I was not a “believer”, he suggested that I was “just throwing mud to see where it sticks”. Right. Only he had more than two hours to make his point(s), while I had perhaps five minutes in the form of a Q&A session after the talk. Aside from that I’m not as good a public speaker as he is. Well placed argumentum ad hominem nevertheless, he won the argument if we go by Schopenhauer’s rules.

However, I took something out of this talk. To RMS all proprietary software is either outright malicious or potentially malicious. This, better than anything, sums up the “philosophy” (perhaps better called ideology) behind the GPL and implicitly it gives the answer to the question I was posing.

While I try to assume that man is inherently good, his ideology clearly assumes the opposite. And if you ask me, this is exactly the difference between FLOSS licenses on the copyleft end and the non-copyleft end of the spectrum. The MIT and BSD licenses ask the user to give due attribution when using code, while the GPL forces you to do so without exception and open your own code linked to the GPL’d parts.

Copyleft – brace yourselves for one of those comparisons – is like communism1 in a sense. It could work if the whole world was subscribing to it, but it will have adverse effects when used only in certain communities.

But then, perhaps RMS was right all along? Who knows? At least Linux under GPL is more successful and better funded than most of the BSDs under their permissive licenses. On the other hand BSDs do receive some support from the industries, because sometimes it is better to be able to use and embed code, than to reinvent the wheel because the code’s license is viral …

This entry was posted in EN, Software, Thoughts and tagged GPL, RMS, Stallman. Bookmark the permalink.